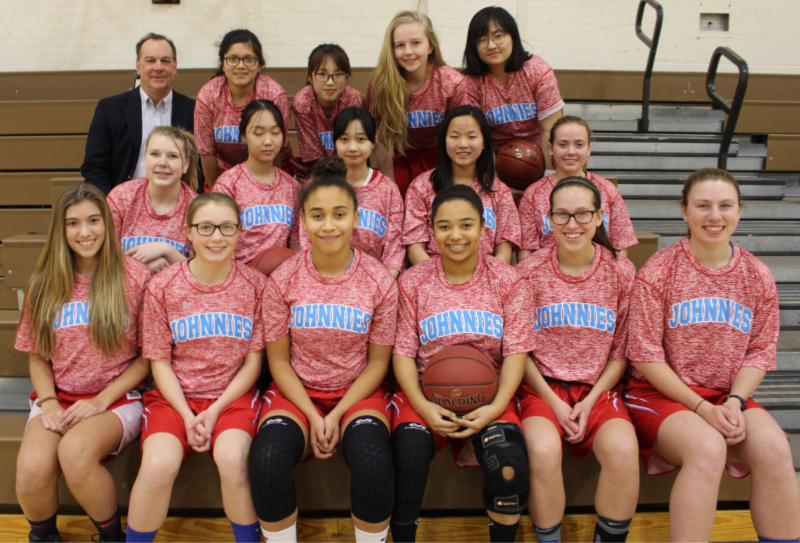 The girls’ notched another victory last Tuesday evening at Willmar Community Christian School defeating the Warriors 62 to53. The Johnnies took an early lead and never trailed, but the Warriors battled the entire game and several times the Johnnies had to find a way to stop comeback attempts.

In the final minutes-the Johnnies handled intense full court pressure and were able to maintain possession of the ball forcing the Warriors to foul in an attempt to get the ball back. Clutch free throw shooting (100%) by A’ishah Smith ’18, Reid Nydeen ’19 and Valeryia Woodard ’21 extended the Johnnie lead and ultimately the margin of victory.

A’ishah finished with 16 points; Reid added 11 and Valeryia was unstoppable -leading all scorers with 28, Hana May ’21, Irene Jiang ’21 and Jaedyn Nydeen ’22 each had 2 points. Justine Meyer ’20 had 1 point and again was dominant inside with great defense and rebounding. Both Sydnee Wick ’21 and Carol Viera-de Maginolas ’20-seeing her first varsity action –played key minutes in tense situations helping the Johnnies maintain their lead.  Friday’s game at Hillcrest Lutheran Academy was canceled due to the snow storm. The Johnnies open section 5A play at Isle Monday night at 7:00pm