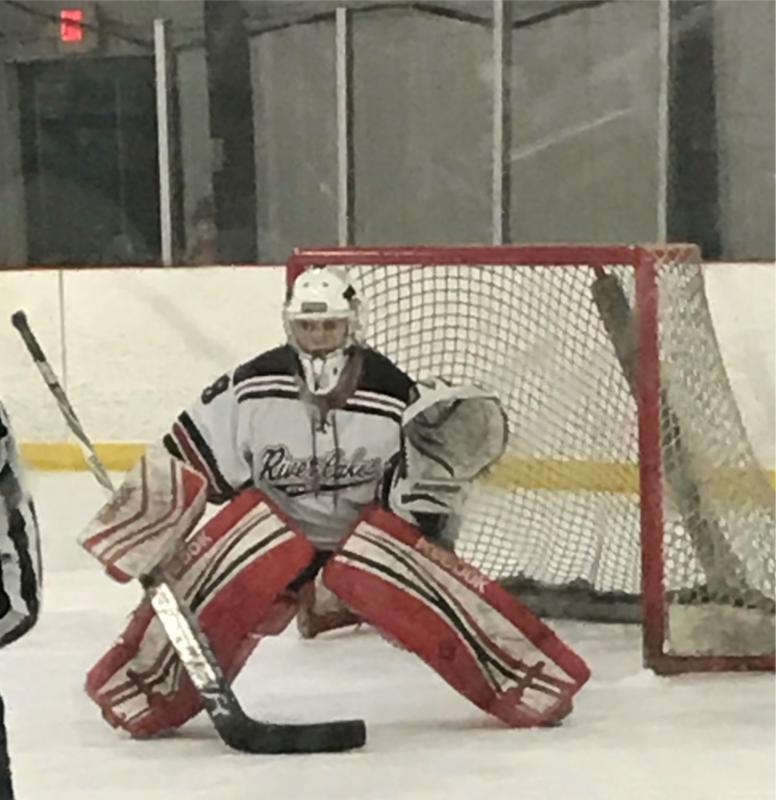 The River Lakes Stars opened the Section 6A playoffs with a thrilling 2-1 victory over Northern Lakes (a cooperative sponsorship between: Crosby-Ironton, Pequot Lakes, and Pine River-Backus High Schools).

SJP Senior Jordyn Tomaszewski played another incredible game in goal-holding Northern Lakes to only one goal-and stopping numerous quality chances. Twice during the game Northern Lakes had a 5 on 3 advantage-Jordyn denied them from scoring both times. Northern Lakes had several other power play opportunities without being able to get one past Jordyn.

The Stars advance to the semi-finals Tuesday, February 13, playing at Fergus Falls HS at 7:00PM.