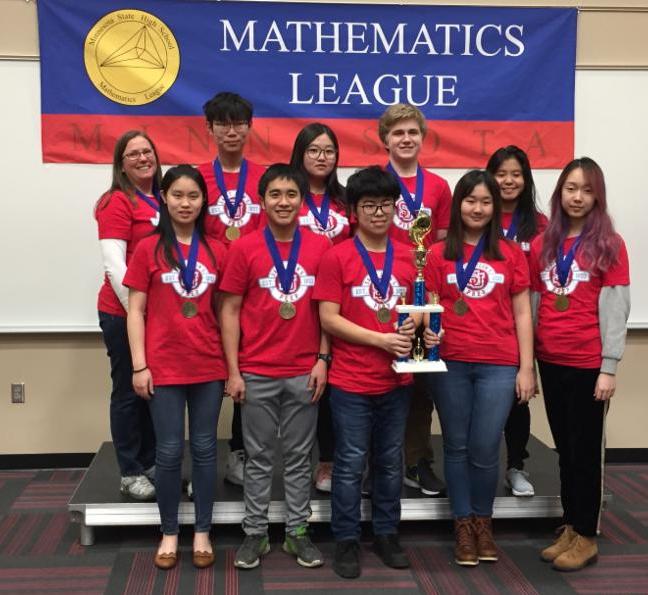 The Varsity Math Team traveled to South Saint Paul on Monday, March 12th to compete in the Beta class at the Minnesota State High School Mathematics League State Tournament. They qualified for the tournament by finishing first in the Central Gopher Division.

At the tournament every student takes two 15 minute individual written tests that contain four questions a piece. Then the team works together for 30 minutes to solve six very complicated problems. The scores on the individual and team test are added together for the team score. We had very solid scores on all four of the individual events and the team knew that they were in first place going into the team test. After they finished the team test, they figured that they had solved four of the six questions correctly and earned partial credit on a fifth question. The team score gave them enough points to finish in 1st place of the Beta Class. The team was awarded the 1st place trophy and each student received a 1st place medal. The nine competitors on the Prep team were Henry Chen ’21, Tina Chen ’19, Toto Chen ’18, David Feng ’18, Zander Haws ‘ 18, Emily Huang ’20, James Liu ’20, Ally Wang ’19 and Christine Xu ’19.