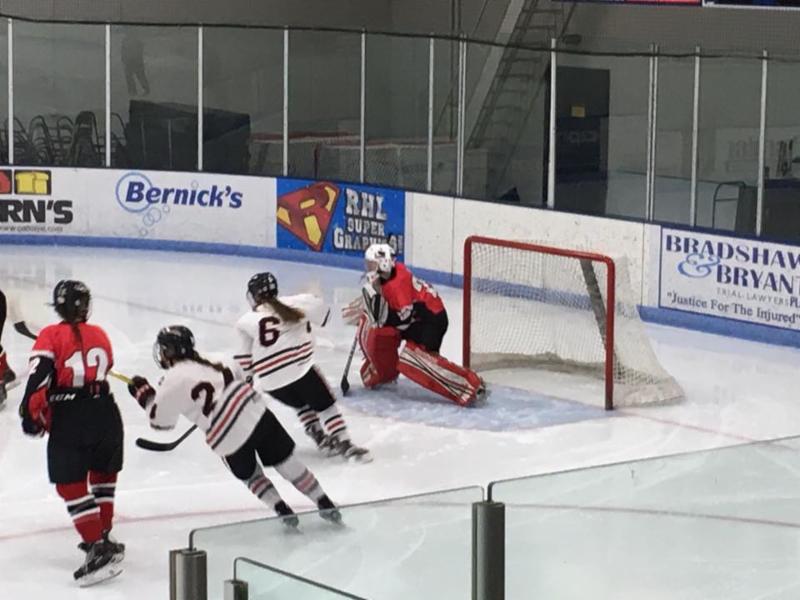 Jordyn ’18 returned to the line-up Saturday against powerhouse Roseau. In the game Jordyn had 51 saves and kept the team in the game throughout. One spectacular save even fooled the referee-who initially ruled a goal for Roseau only to be shown the puck in Jordyn’s glove!