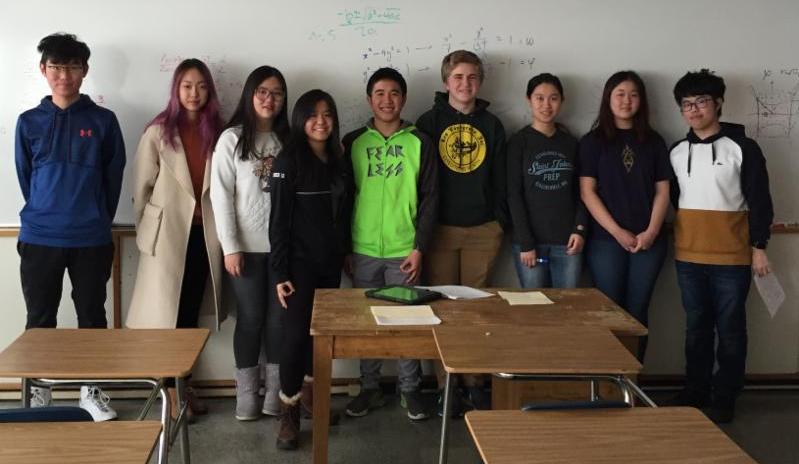 The Math Team is competing in the Minnesota State High School Mathematics League State Tournament today. The nine competitors on the Prep team; are Henry Chen ’21, Tina Chen ’19, Toto Chen ’18, David Feng ’18, Zander Haws ‘ 18, Emily Huang ’20, James Liu ’20, Ally Wang ’19 and Christine Xu ’19. This is the third year in a row that Tina, Toto and David have made it to the state tournament. This is Ally’s second year at state and the others are making their state tournament debut. During the regular season Prep finished in 4th place in the state of Minnesota small school division. We hope to move up a bit at the state tournament and win a medal.